True Story: I Was an ITIL® Noob 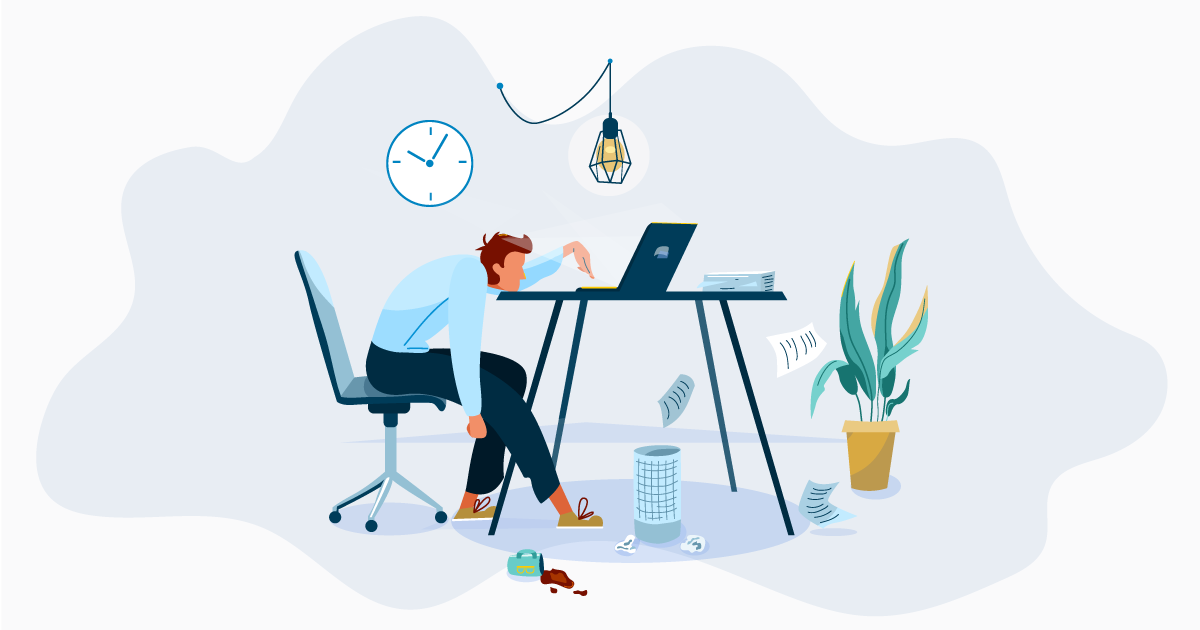 The first time I heard about ITIL® was at a job interview. I had recently returned to the United States after teaching abroad for many years, and knew it was time to make a change and begin a new career.

“…ITSM, ITAM, ITOM, SaaS, AIOps…,” the interviewer was rifling off topics I would be researching and writing about if I was to be hired on. Being new to the world of service management, I frantically scribbled down this avalanche of alphabet soup, embarrassed each time I needed something repeated, spelled out, as acronyms flew from his lips, “…EPM, ESM, OS, MDM, IoT….”

Among them all, “ITIL®” stood out. Without seeing it written down, only hearing the word aloud, made me even more puzzled. “ITIL®” sounded as though clipped in half, an unfinished word. When I asked what the letters stood for, the interviewer said casually, “Information Technology Infrastructure Library.”

What does an infrastructure library entail? I thought, imagining an imposing floor-to-ceiling bookshelf sagging from the humungous weight of hardbacked encyclopedias. Inside, the paper would be thin like prayer book pages, and in dense tiny print, the information would be meant for seasoned technology architects and professors of computer science.

There were multiple versions, he explained, the current iteration the fourth, and went on to point out a majority of the office, even himself, had passed the ITIL® Foundation exam. His nonchalance shocked me.

“Is it like a history of computer code?” I asked.

At my question, he slapped the table, laughing.

Because I had such an inaccurate impression of what ITIL® entails, this initial encounter was memorable. Back then, I was an ITIL® noob with no idea of its purpose. This was long before I had studied for the exam and received my Foundation certification.

Still, ITIL® was confusing at the beginning. I read about how specialists boasted of its potential as an all-embracing, holistic solution for all your service management ills. It promised an exhaustive, wide-ranging set of practices useful and adaptable as a Swiss Army knife. In total, ITIL® 4 included 34 practices to help organizations analyze their current processes, better align technologies with business and customer priorities, gain efficiencies, and respond quickly to changing organizational needs.

What didn’t ITIL® do? I wondered. Its benefits sounded too good to be true. At the time, I perceived it as nothing more than an industry buzzword, and I dreaded the inevitable burden of confronting the ITIL® exam.

It was time to buckle down and hit the books.

The online ITIL® 4 Foundation training course I was taking came with a pdf textbook, the instructor’s slides, a syllabus of criteria, an alphabetized glossary, and two sample exams, but because I had not studied for an exam in almost a decade, I was on edge, staring at the overwhelming mound of information I needed to digest, convinced I had forgotten how to study.

While searching around the internet for additional study guides and tips, I found an ITIL® message board full of IT professionals in admin, engineering, and support roles also nervous about the exam. From their comments, they sounded alarmed by the great deal of material to remember, knowing that failing the exam could jeopardize their future. Possibly, an employment opportunity or a promotion was on the line. Certainly, such a blunder would expose them as unprepared for real responsibility, and it might even reflect they were pursuing the wrong profession in the first place.

Their stress was as genuine as mine. If these pros were unnerved by the exam, how could someone with no computer science background and a basic understanding of service management’s products and services have a chance of becoming ITIL®-certified

Undaunted by online chatter, I took the exam seriously, rewatching the course’s videos, making a tall stack of flashcards, and setting aside time each day to review my pages of notes.

When friends asked what I was studying, I realized how much their daily routines depended on IT Service Management.

It had seeped into so many aspects of their lives. They were the users who were searching through knowledge bases. Their endpoints safely accessed networks, and automation routed their information this way and that in an instant. For them, an incident was not about slowing down productivity. It was an obstruction, the technology they counted on holding them back in a moment with legitimate consequences, and they mistakenly thought an IT system was like human anatomy, as though its massive network of elements functioned like that old song “Dry Bones” about the knee bone being connected to the thigh bone.

The differences between an alert and an event were inconsequential. Change governance was not on their minds. They were the users who simply wanted stability, the service to be available when they needed it.

Within ITIL®’s operating models, concepts, and terminology, they were not datapoints on a dashboard but real people who required uninterrupted support. Whether they knew it or not, ITIL® was present and embedded in the surrounding technology they relied on every day.

Taking the exam was not like the Before-Before Time when it was the norm to use scantrons in a sweat-smelling auditorium crowded with test-takers. For the online proctored exam, I was alone in a bare, windowless room, and a split second after clicking “Submit,” I received my passing score. Printing out my ITIL® 4 Foundation certification, holding it in my hands, relieved I could put away my flashcards and notes, I decided to celebrate.

I went to lunch, splurging at the bougie diner near downtown, ordering the fanciest sandwich on the menu, and as I waited for my meal to arrive, an astounding realization dawned on me. I could draw and describe the Service Value Chain and had no problem repeating the textbook meaning of countless vocab, but I lacked the awareness of how to apply the classroom lessons in the real world despite understanding the information. I might have the certificate, but what was next? How could I utilize these concepts easily, immediately, and successfully?

I had to get beyond interpreting ITIL®’s theory. I needed to reach out to Subject Matter Experts, ask more questions, and figure out how to transfer my knowledge into reality and put it into practice. The ITIL® course was the beginning. I had only acquired the skills to get started. Just because I could recite the ingredients of a mouthwatering, gourmet sandwich, did not mean I knew how to prepare a five-star, restaurant-quality version of one.

Even after immersing myself in the subject, I was still an ITIL® noob.