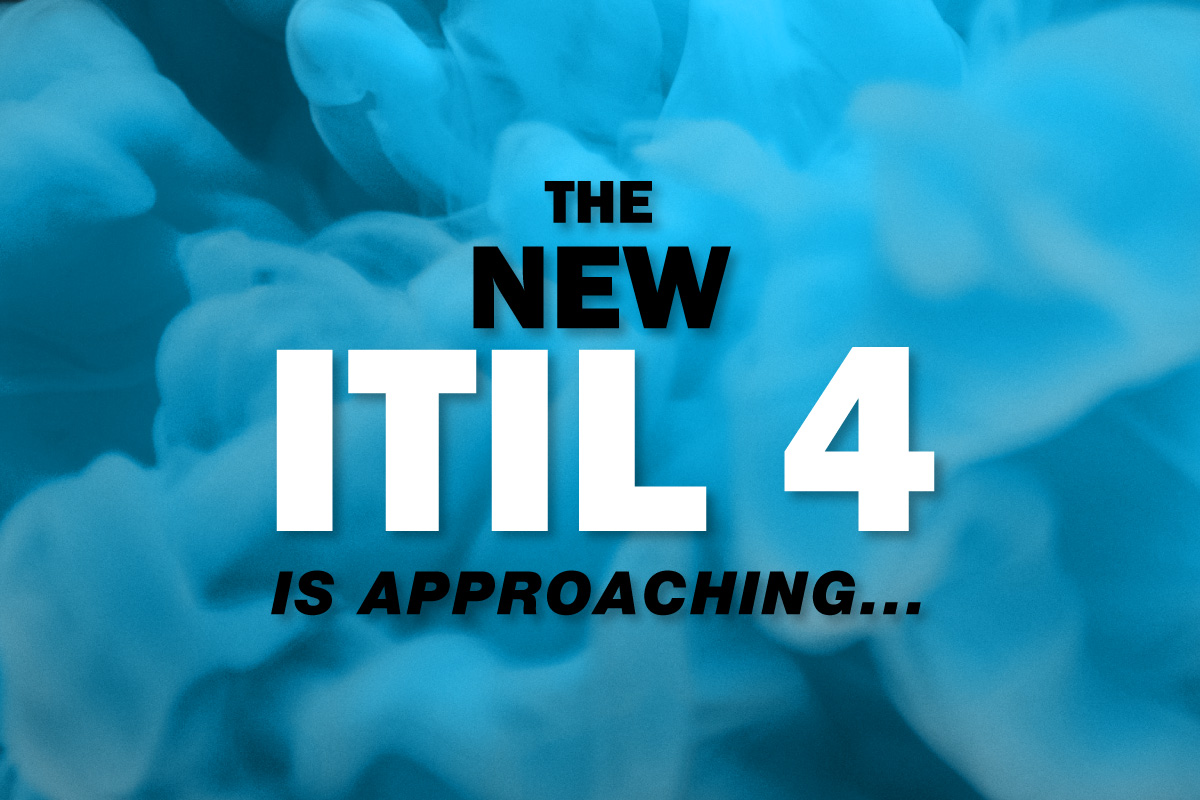 By now you have no doubt heard that ITIL 4 is coming and if you are like most, there are a lot of questions, the biggest of these being simply “Why?”

Well, to answer that, think about what ITIL is built on; best practices. And the best practices of IT organizations change over time as the business world around them changes. You are going to hear a lot ITIL critics claim that the only reason for ITIL 4 is to fill the coffers of AXELOS, the joint venture company established by the British Government to manage, develop and grow a Best Practice Portfolio that includes ITIL. These critics will claim that this privatized ITIL and turned it into a business opportunity for making a profit from certification. A new round of certifications was inevitable, hence ITIL 4.

Now there may be some truth to that. Certainly, there will be a financial benefit to AXELOS, as the proprietary owner of ITIL, and to the examination/certification organization, they have partnered with, PeopleCert. Those same critics, however, will tell you that ITIL has grown stagnant. It has not kept up with the digital transformation that is occurring today. One has to wonder however if having to go back to the British Government for funding to advance and update ITIL played a part in allowing ITIL to fall behind. If so, privatizing ITIL could turn out to be a wise choice as AXELOS will need to keep it relevant and updated to remain profitable.

That said, you must remember that the true value of ITIL is that it is based on best practices. That means that it reflects what successful organization has done to achieve that success in Service Management. This means it will always lag and need to be updated as the world it supports changes. History shows us that ITIL has done just that. Beginning back in 1986 when the UK’s Central Computer and Telecommunication Agency authorized a project to develop a set of common operational guidelines for IT Operations. These guidelines were published in a set of books, each dealing with a specific area of interest relevant to what was needed at that time and primarily dealt with the support of IT Services.
The first major revision came in 2000 with the publishing of Service Support V2 followed by Service Delivery V2 in 2001. These books dealt primarily with IT Infrastructure which, at the time, was the primary concern for most organizations. A separate book dealing with Application Management was published in 2002.

ITIL V3 was released in 2007 and introduced the Service Lifecycle as by this time there was recognition that tighter integration between the processes was needed and that services consisted of not just the infrastructure but also the software needed to deliver, support and manage these services. Along with this a heightened awareness of the need to ensure a more holistic view that included having people with the right skills, experience, and training needed to support, deliver and manage the services as well as the emerging importance of partners in the form of third-party providers. This version was updated in 2011 to remove inconsistencies and add clarifications.

Think though of the world that existed at that time. Application development was still primarily a waterfall event. Methodologies like Agile, DevOps, Lean IT were just beginning to emerge and how they would impact service management was very much an unknown. Infrastructure was still primarily created, supported and managed in-house as opposed to the commoditization that is occurring today.

About the Author
Chuck Spencer, Flycast Partners ESM Practice Lead, is a certified ITIL Expert and trainer with over 30 years of experience in IT Service Management. He holds additional certifications in Organizational Change Management, ISO 20000, Cobit, and Scrum and is a Lean Six Sigma Black Belt.